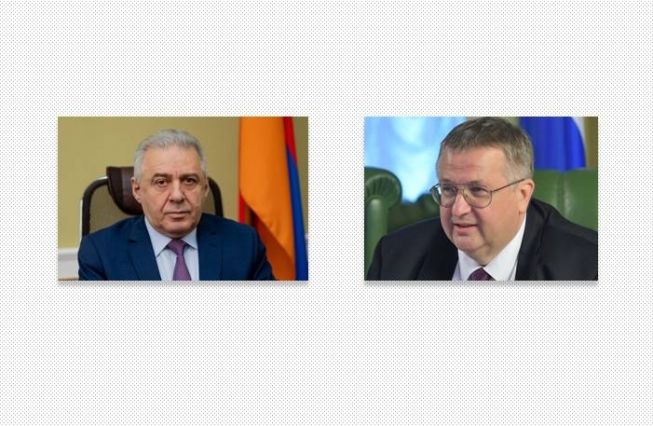 During the intercourse, A. Overchuk congratulated V. Harutyunyan on the commencement of his diplomatic mission in Russia and wished him success in his future work. Ambassador V. Harutyunyan, in his turn, thanked A. Overchuk for the warm welcome, emphasizing the importance of joint productive activities aimed at further development of the Armenian-Russian relations.

The parties discussed a number of issues on the agenda of the Intergovernmental Commission on Economic Cooperation between the Republic of Armenia and the Russian Federation, as well as touched upon the interactions of the two countries within the framework of the Eurasian Economic Union (EAEU).

The Deputy Prime Minister of Russia, emphasizing the importance of developing the potential of cooperation, expressed satisfaction with the multilateral collaboration between the states. Highly appreciating the current level of the Armenian-Russian relations, the Ambassador of Armenia to Russia noted the exceptional role of Russia in the country’s economy and in regards to the key issues in the region.