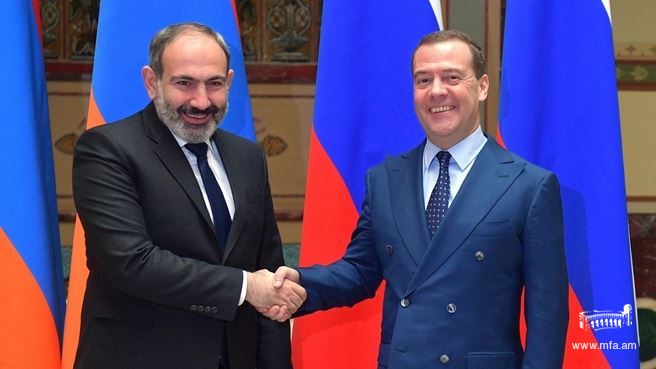 On January 25, Prime Minister Nikol Pashinyan, who was in Moscow on a working visit, met with Russian Premier Dmitry Medvedev.

The two heads of government discussed a broad range of issues on Armenia-Russia strategic cooperation agenda, including the trade-economic and investment spheres, as well as joint projects.

The prime ministers of Armenia and Russia stressed the need for continued increase in trade turnover and expressed confidence that the two governments’ sustained efforts would add momentum to the process.

Nikol Pashinyan and Dmitry Medvedev availed themselves of the opportunity to look at other aspects of Armenian-Russian cooperation.