Ambassador V. Harutyunyan presented copies of his credentials to Deputy Minister of Foreign Affairs of Russia 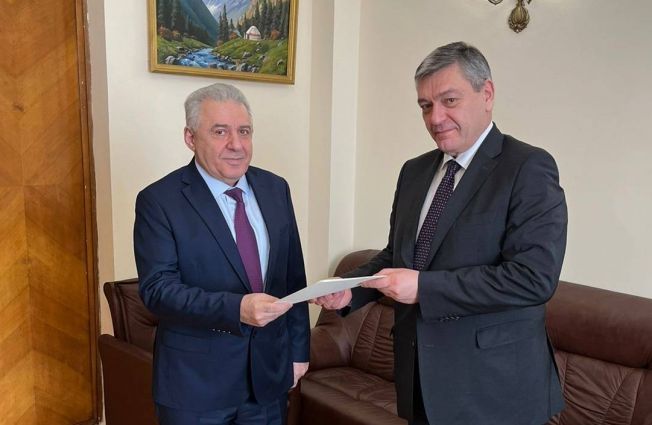 A.Rudenko, congratulating V. Harutyunyan on the commencement of his diplomatic mission in Russia, wished him success and expressed hope for mutually fruitful cooperation with the aim of strengthening the Armenian-Russian relations.

During the conversation, issues related to the collaboration between the two states were discussed. In particular, the sides touched upon the cooperation between the two countries in the political, military, economic, and humanitarian spheres. The interlocutors exchanged opinions on vital issues of the peace and security strengthening in the South Caucasus region.